To Salta and El Bordo

We flew out of the Jorge Newbery airpoert (AEP) to Salta the next day.

This is a fantastic airport. 15 minutes from Palermo, no lines at check-in or security, and a nice big, clean waiting area.

The flight (LATAM) was also a joy. We had an exit row to ourselves (they charge $5 extra, so I guess people stayed away) and it was just easy. A bit of a rough landing, but that turned out OK, too. 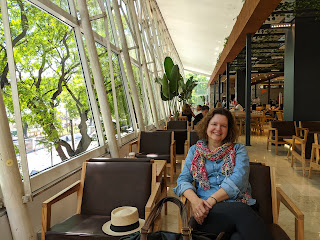 There are two things you hear about Salta. One is that it is pretty (Salta la Linda, they call it) and the second is that they have the best empanadas in Argentina.

We did not eat lunch, so we asked when we picked up our car (from Hertz. Some confusion about the rate, but the guy at the counter was so good I didn't care at all.) where to get some good Salteño empanadas. He pointed us to La Cocina de Esteban just down the street. (He also told us to avoid ruta 12 because it was all rocks. We did, and we were happy about that decision)

We got Steven's Kitchen, sat outside and had some great food.

Esteban was eating when we showed up, but he quickly headed to the kitchen to make our lunch. 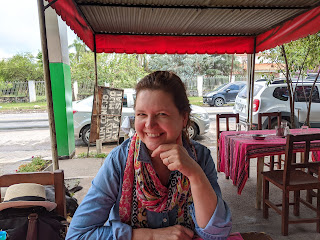 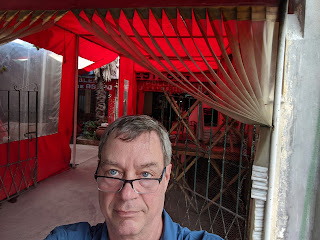 About an hour later we arrived at the Estancia El Bordo de las Lanzes.

It has been in the same family for nine generations! (The original great ^^9 grandfather came to the Americas for the King of Spain in 1540 at 14 years old. Nine generations of lawyers followed)

It is a fantastic place. A real working farm and ranch, we were the only guests there for the two nights we stayed. 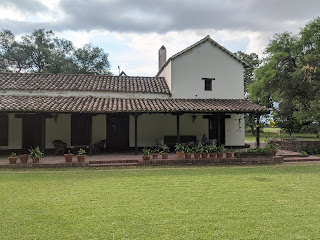 They treated us like the owners. Even letting us pet their cat. 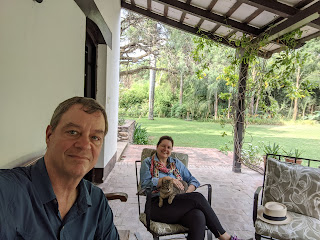 You felt isolated, but part of something special. 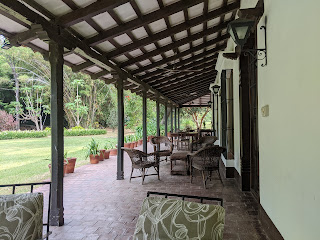 They greeted us with lemonade, a fruit tart, and a Salta Negra beer. (The owner's grandfather established the Salta brewery!) 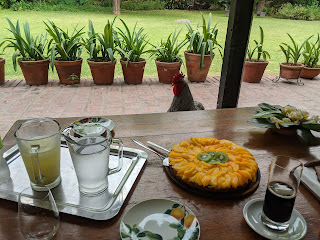 There was also a rootser. 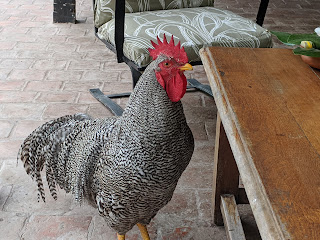 and some snake skins. 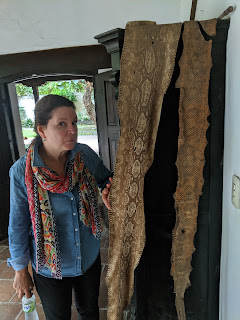 It is a beautiful place. 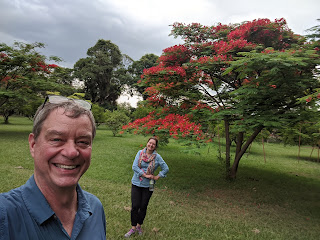 We noticed some Javelinas (Or Collared Peccaries) that afternoon. 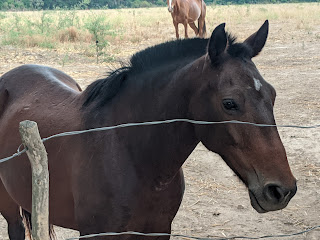 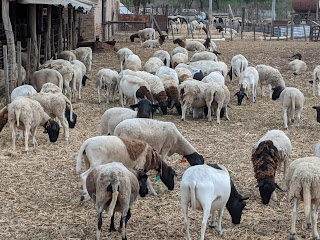 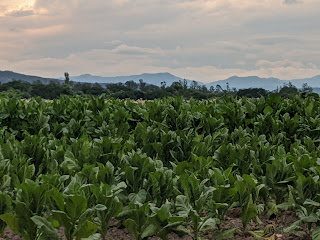 and later that night, the loudest cicadas I have ever heard. I measure their sound at 80 dB!!! That is like a power mower. You can only get the barest sense of it from this video: