The next day we wandered some more. As I pointed out, Palermo Soho is a cool neighborhood. It is so cool, even the trees dress up: 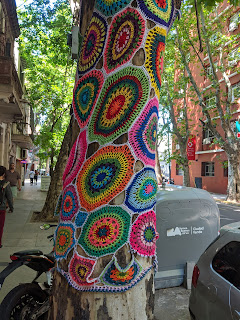 But we headed in a different direction. As a matter of fact, the direction we tried to go to the day before. Down to the Botanical Garden.

The jacarandas were in the last stages of their blooms. And there are a lot of jacarandas. If you look closely in other photos, you'll see many of them. You can see some in the back of this photo. That orange/brown trail is all broken up terra-cotta! We're not sure if it is purpose made, or from another manufacturing process: 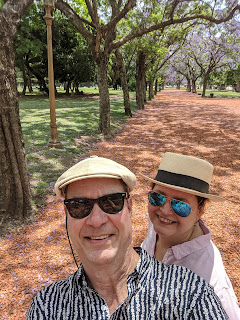 This art could be in Houston: 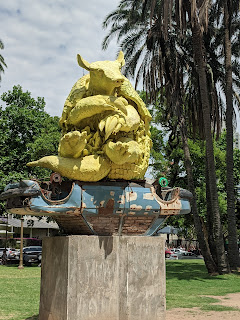 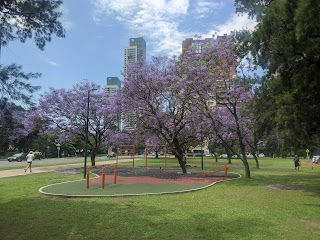 A Taxista protest. They are protesting Uber. We took taxis all the time, and occasionally a Cabify, the local version of Uber. (Uber is illegal in Argentina, but is there. Cabify is legal. We never took an Uber.) 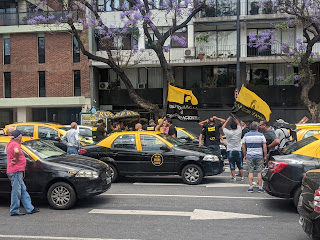 We stopped into the local contemorary art museum, MALBA, and they had this cool exhibit: 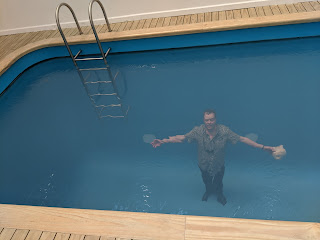 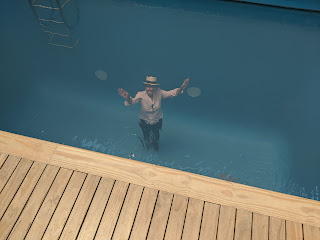 Then back to Chori for another quick lunch 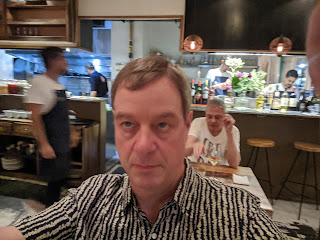 That evening we had a great Italian meal at a very small place called La Alacena.

Afterwards we wandered the streets: 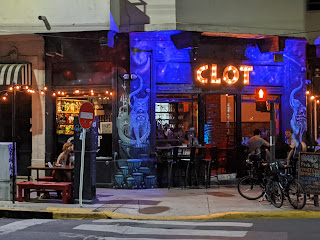 and stopped in a wonderful bar called Boticario. A fun place with a great selection of drinks.

I had some essence of a Negroni, Doreen had some white liquor drink. Both delicious. 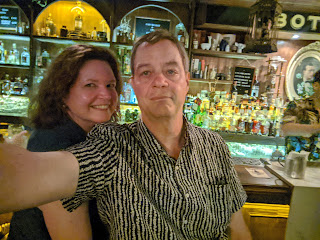 There was another bar we stopped in call El Rey de Copas - another place worth your time if you are in the neighborhood.