The next morning again we had a great breakfast, but we followed this with a horse ride.

Victor, the gaucho, saddled the horses 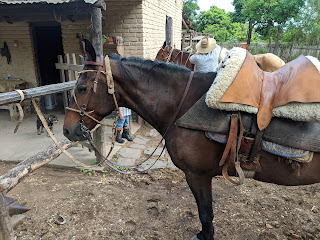 and helped us on. Doreen looks like a natural. 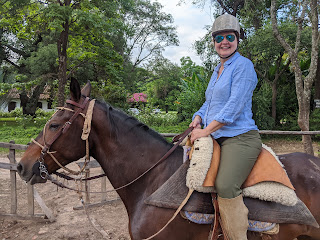 Me, not so much. But I did get a view from the horse's back! 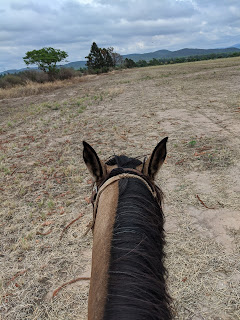 We had a nice ride. 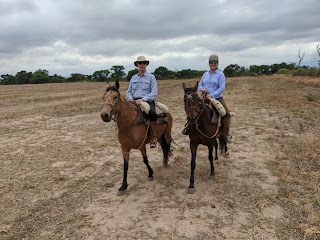 Even though my horse laughed at me when we were done. 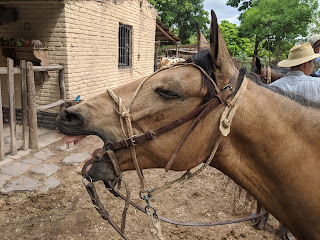 Then we drove to Salta la Linda, about an hour away. 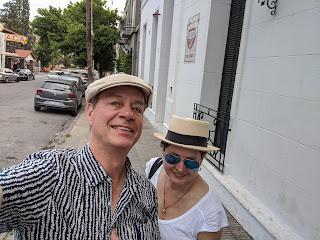 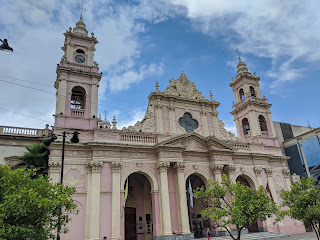 and some pre-Colombian pots.

I love this one: 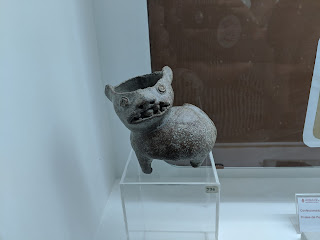 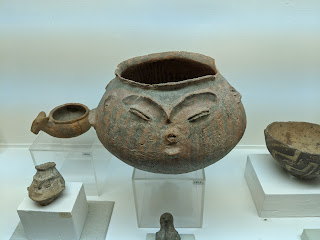 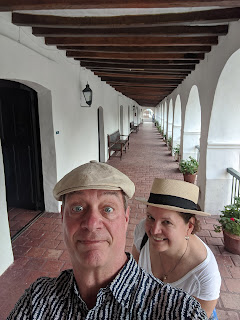 We helped out the estancia family: 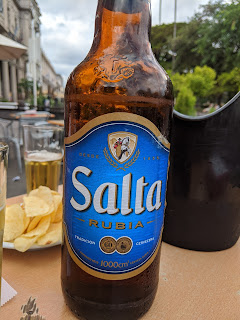 at a cafe on the square. 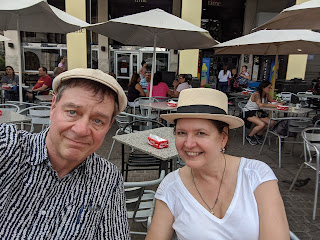 While having our beers, we saw this dog making the rounds with the local police force. He was following them everywhere they went.

As we made our way home, he followed us, too. It was sad to leave the poor guy in the street. 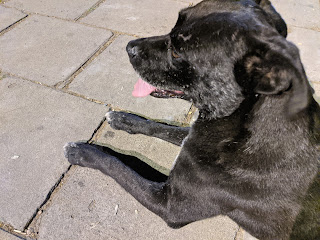 That night, we had  empandas and other local delicacies at Doña Salta, a local hangout.

Nice way to end this part of the trip. 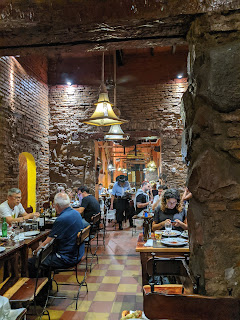